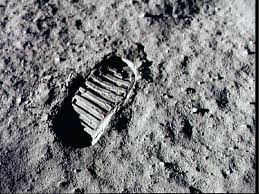 As I wrote back in June, ESnet has been promoting global interoperability in virtual circuit provisioning via our work on the Fenius project. Recently this effort took another step forward by enabling four different provisioning systems to cooperate for the Automated GOLE demonstration at the GLIF workshop held at CERN in beautiful Geneva, Switzerland.

For the uninitiated, GOLE stands for GLIF Open Lightpath Exchange, a concept similar to an IP internet exchange, but oriented towards interconnecting lightpaths and virtual circuits. Several GOLEs already exist and collaborate in the GLIF forum, but until recently,  interconnecting has been a manual process initiated by the network administrators at each GOLE. Because of the lack of standards, any automation in the process  was only accessible through a proprietary interface. This lack of interoperability has hindered the development and use of virtual circuit services that cross more than a few GOLEs at a time.

Our objective in Geneva was to demonstrate that if there’s a will there is a way: that we can indeed have automated, dynamic GOLEs that can provision virtual circuits with no manual intervention initiated by the end-user through the Fenius common interface.

This project involved several different GOLEs and networks from around the world. In North America, both MANLAN and StarLight participated along with Internet2’s ION service and USLHCNet. The majority of GOLEs and networks were European: NorthernLight, CERNLight, CzechLight, and PSNC, as well as NetherLight and University of Amsterdam. Finally, AIST and JGN2+ participated from Japan, making this a demonstration that spanned sixteen (!) timezones and utilized four transoceanic links.

The demonstration was a complete success and resulted in what is to my knowledge a global first: a virtual circuit was completely automatically set up through five different networks and four different provisioning systems. And it was completed in a short amount of time – it only took about five minutes from the initiating request until packets were flowing from end to end.

During the weeks leading up to the demonstration, software developers and network engineers from almost every organization mentioned closely collaborated  to develop, test and deploy the Fenius interface on all the various GOLEs and networks. Several people worked day and night. This level of commitment can only mean good things for the long-term prospects of the Fenius and Automated GOLE efforts.

Our success is also worth noting particularly since the software, hardware, and network infrastructure set up for this demo has been committed to remain available for use and experimentation for the next year. We hope to replicate this success in Supercomputing 2010, only now extended with even more GOLEs and networks joining. Since Fenius + automated GOLE applications clearly demonstrated the value of interoperability, the next steps will be to help define and develop an open-source implementation of NSI, a standard protocol that will establish native interoperability between the various provisioning software systems like OSCARS, AutoBAHN, G-Lambda, Open-DRAC, Argia, and others.

These are exciting times and it’s great to see our efforts finally bearing fruit. I can’t wait to how the newly interoperable GOLEs can benefit our user community and scientific networking in general.